Not all persons pictured are attorneys. 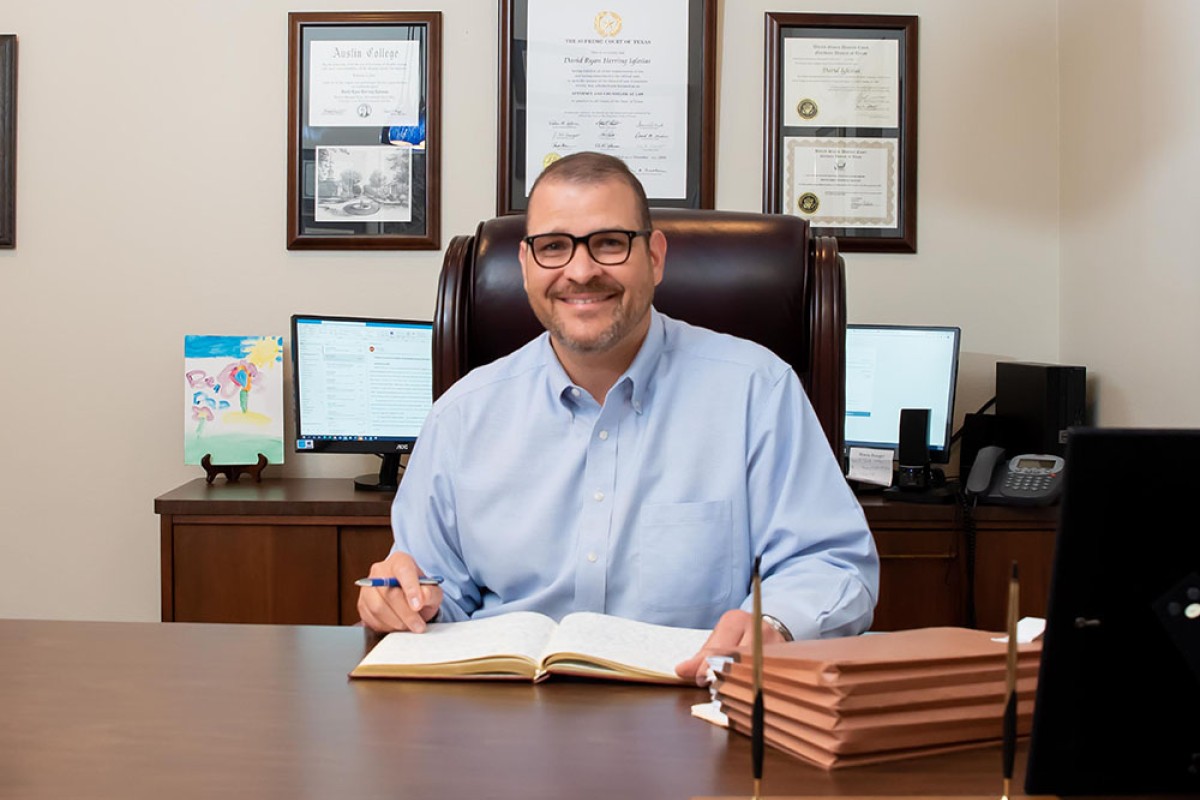 David is a native East Texan who graduated from Austin College in Sherman where he was on the Dean’s List.  He then attended Texas Tech University School of Law on a Dean’s Scholarship.  David's legal career began as a law clerk to United States District Judge Sam R. Cummings, who presided over the Lubbock, Abilene, and San Angelo Divisions of the United States District Court for the Northern District of Texas.

David is an experienced trial lawyer who has practiced for 16 years. He has served as first chair in over 100 jury trials and over 75 bench trials in his professional career.  Also, David has served as lead counsel of record in three cases before the United States Supreme Court and as lead counsel of record in dozens of appeals to the United States Court of Appeals for the Fifth Circuit.  He has argued for his clients before the Fifth Circuit five times.  On one of these occasions, David argued to the entire court sitting en banc.

Officials in Texas recognize David's expertise in his field. David is frequently asked to speak at law enforcement training events and human resource events throughout the state.

David continually seeks to serve and improve his professional experiences and is involved in many ways throughout the great State of Texas.  He was appointed by Governor Greg Abbott to serve as a commissioner of the Texas State Library and Archives Commission in 2021.  He also was appointed by the Supreme Court of Texas to serve on the State Bar of Texas Board of Disciplinary Appeals and on the State Bar of Texas Public Ethics Committee.  David is also honored with his appointment to serve on the Merit Selection Panel of United States Magistrate Judges for the United States District Court for the Eastern District of Texas.  He is a proud member of the Board of Directors of the Hispanic Leadership Alliance of Texas.

Outside of the office, David enjoys working in his vegetable garden, adding new books to his extensive home library, and planning his next vacation.  He also loves fishing and can often be found out on the open water with his sons by his side.